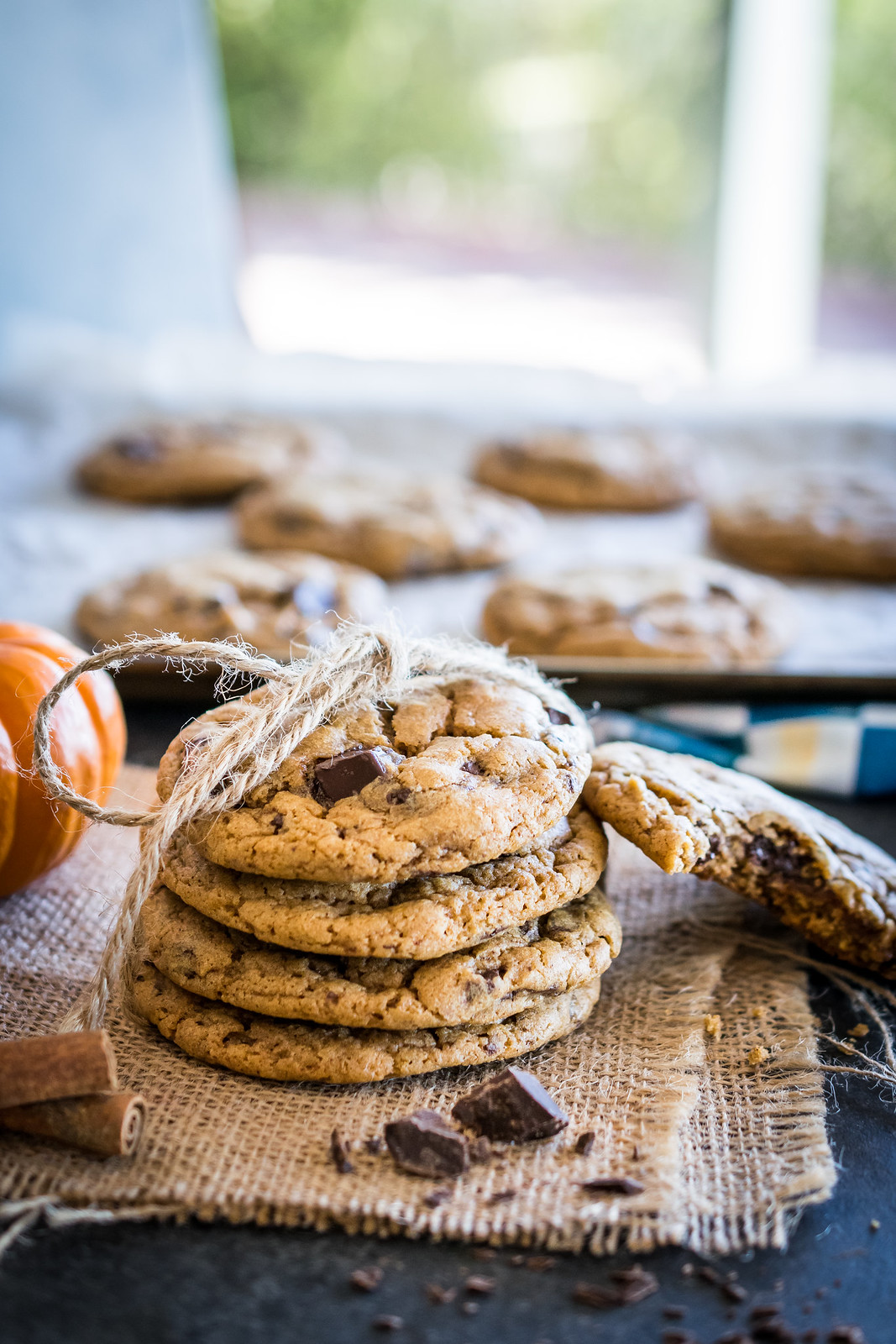 So we mayyy have stayed out a little too late last night. And we mayyy have had a few too many drinks considering that today was a show day. But we do have a good excuse! Last night, we attended a fun foodie event hosted by The Feedfeed and Simply Organic, held at the magical Hedley and Bennett headquarters in Vernon, California about 30 minutes from our home. As we arrived, each guest was handed an envelope containing a unique spice—Ryan’s was filled with dried rosemary, and Adam’s packet had bright yellow curry powder. Everyone split up into groups according to the ingredient they received, and together we all cooked an epic meal! There were half a dozen stations set up with electric stovetops, food processors, and freshly prepped ingredients, and each group was responsible for a different course. It was great to meet new people in the community and bond with them while making dinner together: Adam’s group prepared a delicious curried butternut squash soup, while Ryan’s table mixed up a creamy hummus topped with rosemary-balsamic roasted carrots. There were over a hundred other bloggers in attendance, and there was plenty of food and wine for everyone. Plus, there mayyy have been an after-party (complete with Zombies) in the Tiki lounge at Clifton’s with our friends Christine, Becky, and Tommy, meaning we didn’t get home until well after midnight. Even though we stayed in bed till ten o’clock this morning and our Gravy live show, Mix It Up With Husbands That Cook started at 11am, we made it just in time. The episode from this morning is now archived on our show page, so you’ll be able to see our performance—despite the fact that a few hours prior, we were in no shape to host a live cooking show. But the episode was a success! Not only did Sylvia make a surprise guest appearance (we cleared it with her agent first), but we whipped up a batch of these melt-in-your-mouth pumpkin chocolate chip cookies that just so happen to be vegan as well. Perfect for all your Halloween parties, please meet your new go-to fall cookie recipe.

END_OF_DOCUMENT_TOKEN_TO_BE_REPLACED 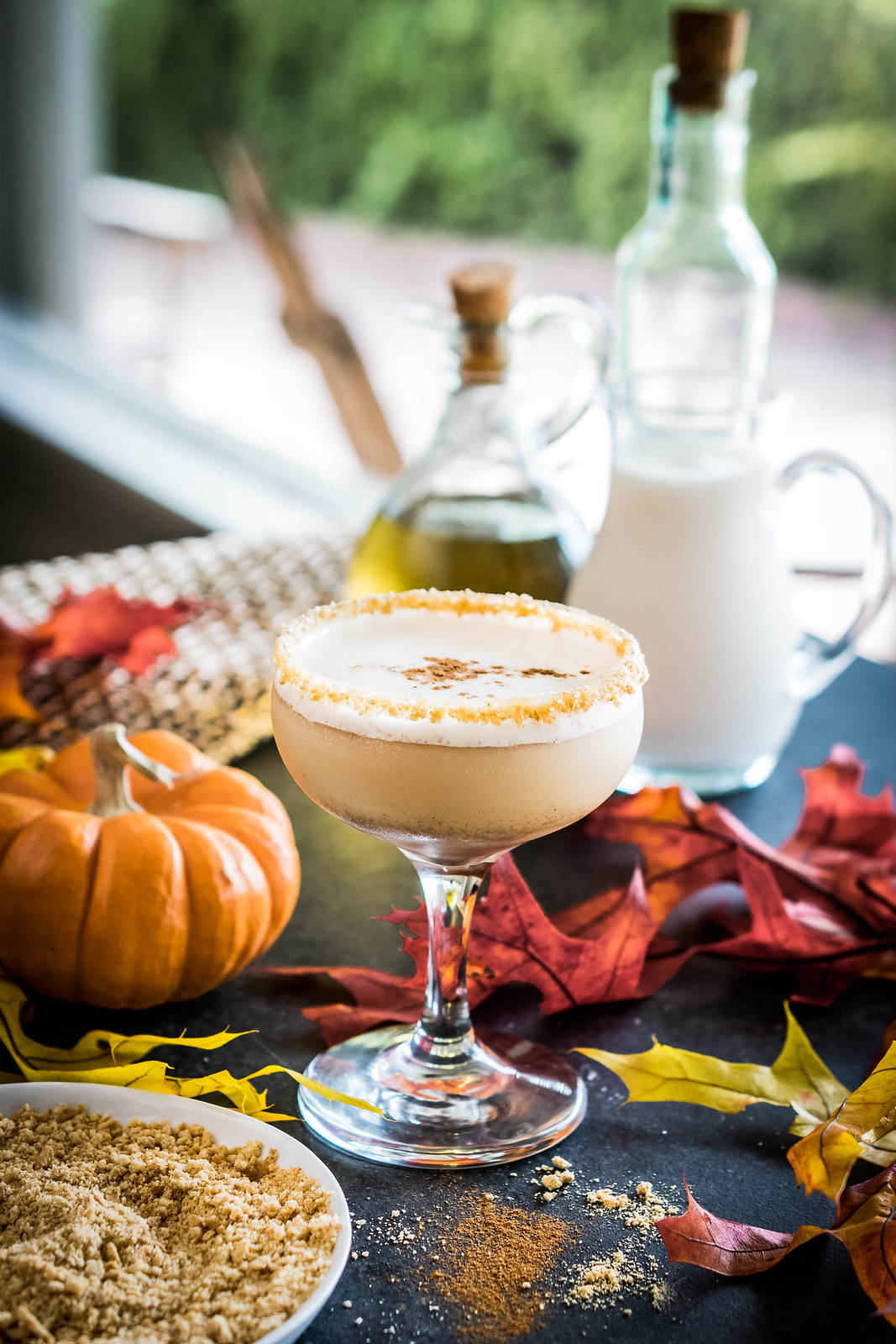 Did you know that our cat Sylvia loves pumpkin? We’ve been feeding it to her as a treat since she was little, and now comes running into the kitchen every time we cook with it. If she consumed alcohol—she quit a few years back after starting a 12-step purr-ogram—she would adore this autumnal potation we are sharing today. It tastes like pumpkin pie in a glass—in fact, we use the exact same spice blend from our classic pumpkin pie recipe to make this deliciously-spiced cocktail, and the results were pumpkin perfect.

END_OF_DOCUMENT_TOKEN_TO_BE_REPLACED 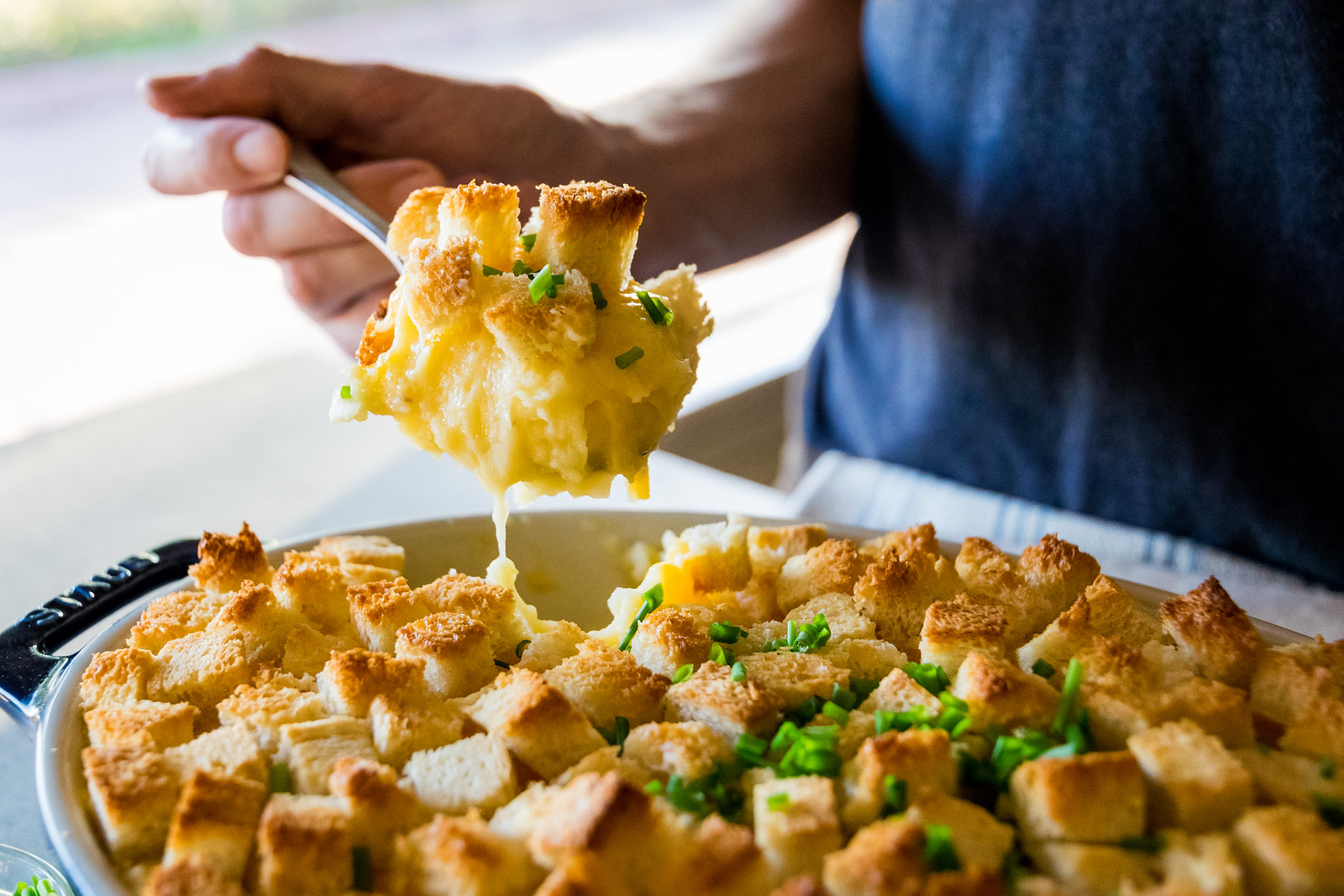 After this weekend’s near-disaster, we will be giving thanks for hot water at Thanksgiving this year. We awoke Saturday morning to find the water pressure in our house had suddenly dropped to a pathetic trickle, which of course happened on the day we were expecting company. We had big plans to cook with our friend Soe, who was the winner of this year’s Saveur Blog Award for Best New Voice. His beautiful website, Lime and Cilantro, is filled with stunning photography and delicious Burmese recipes including the chickpea tofu he planned to make for the dinner. All this week, we have been cooking up a storm, testing new recipes left and right, and our sink was piled high with dishes from the night before. There we stood, unshaven and unshowered, in the middle of our war zone of a kitchen with no water pressure, and our guest arriving in less than two hours.

END_OF_DOCUMENT_TOKEN_TO_BE_REPLACED 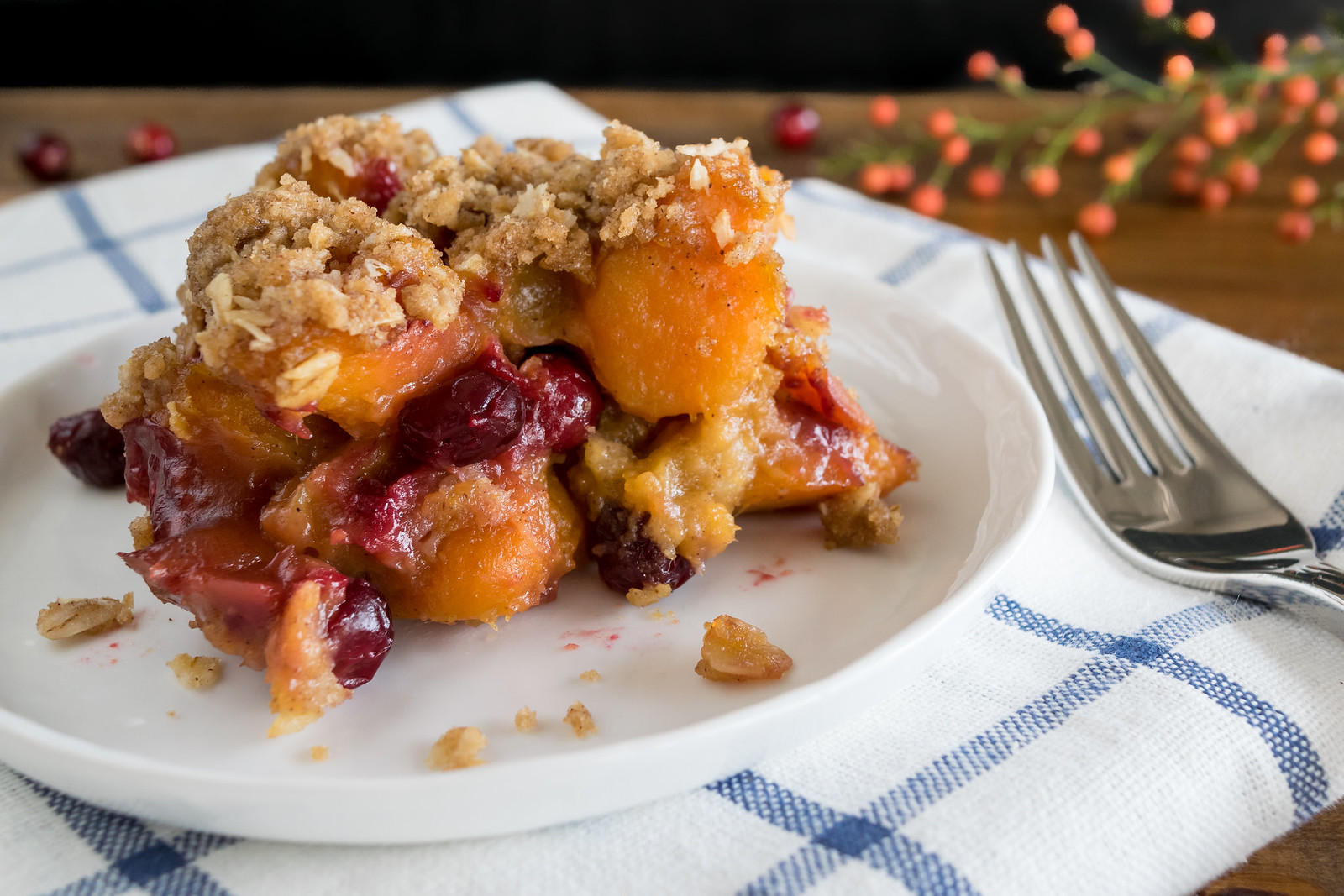 We just checked the official Thanksgiving Rule Book, and in Article 1, Line 3, it clearly states, “Sweet potatoes must be included on the table in order to qualify as a true Thanksgiving feast.” This detailed book covers all the basics: Must have at least one type of stuffing. Each slice of pumpkin pie shall be topped with a dollop of whipped cream. Omitting the green bean casserole is forbidden and will incur penalties. There is also a great section on how to say the appropriate thing when giving thanks, as well as informative chapters on how to deal with drunken relatives. Everything is covered here: from how to quickly and smoothly change the conversation topic from politics to funny youtube videos, to tips on being polite if the turkey happens to be dry. This delicious recipe has been a tradition in Ryan’s family for over 40 years, and Thanksgiving truly wouldn’t be the same without it. And according to the official Rule Book, this dish qualifies as the perfect sweet potato casserole: filled with tender sweet potatoes tossed with fresh ripe cranberries, covered with a cinnamon and brown sugar oat crumble, and baked until the cranberries soften and burst, releasing their ruby-colored juice, which bubbles under the crisp, crunchy warmly-spiced topping.

END_OF_DOCUMENT_TOKEN_TO_BE_REPLACED 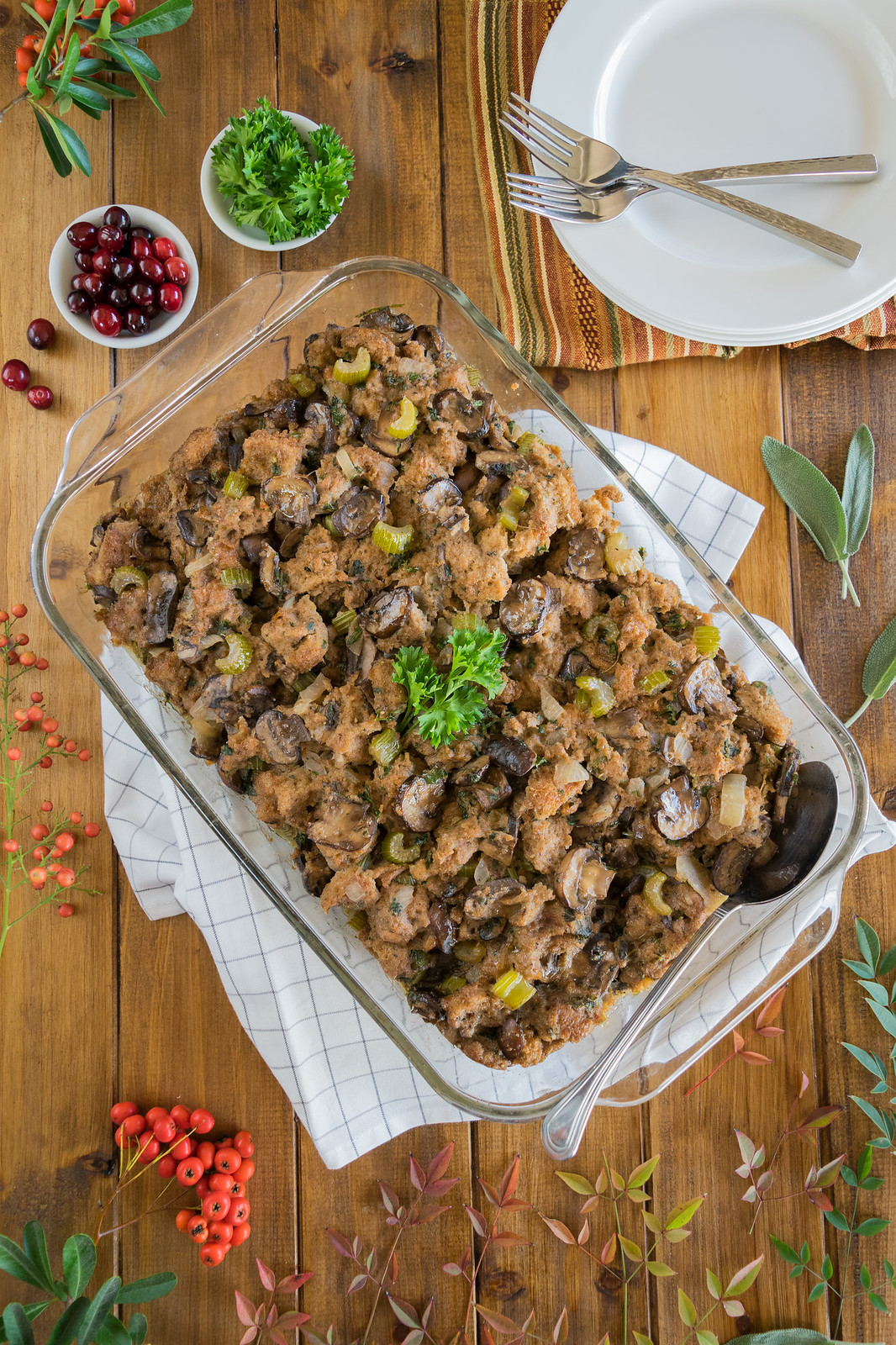 If we were to travel back in time to Thanksgiving, November 25, 1971 and tell Abra Shapiro that in 2015, her stuffing recipe would be “blogged” about on the “internet” by two gay, legally married husbands using “digital” photographs that would instantly reach the entire world with a click of a button, she would think we were from another planet. Well, not only is this happening today, but her dish has been made consistently every Thanksgiving holiday since that rainy night forty-four years ago in Portland, Oregon where Ryan’s 21-year-old Aunt Kathy sat at the table and wisely jotted down the delicious recipe in between shared laughter, sweet potatoes, and red wine. This baked mushroom stuffing has been a family tradition and a warm and fuzzy memory since that day, and it is a pleasure to share as our third selection on the Husbands That Cook Thanksgiving menu!

END_OF_DOCUMENT_TOKEN_TO_BE_REPLACED 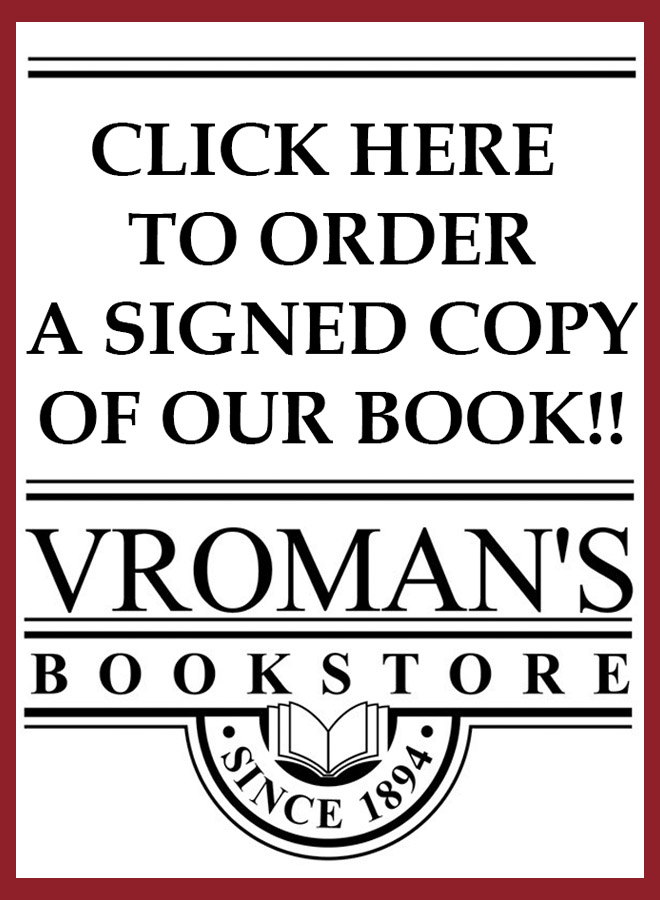 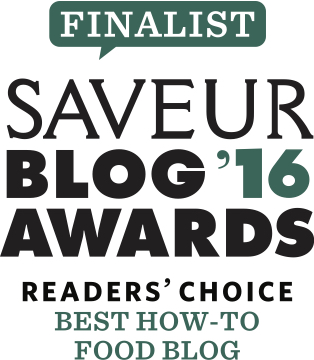 Husbands That Cook on Goodreads

Husbands That Cook: More Than 120 Irresistible Vegetarian Recipes and Tales from Our Tiny Kitchen